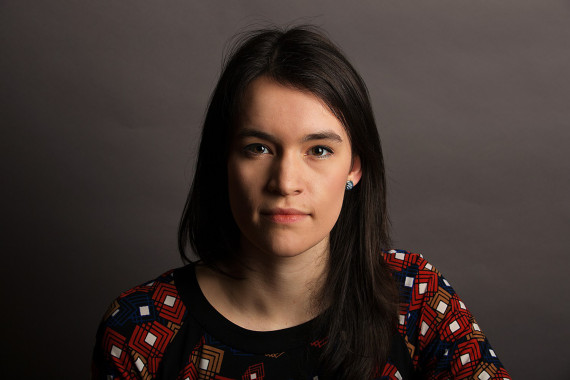 Many congratulations to Helen Charlston for winning the 2018 Handel Singing Competition.  Our May blog is an interview with her, exploring her background, interest in Handel and preparation for the competition. Enjoy!

Please tell us a bit more about yourself, your background and your previous interest in Handel.

I began singing as a child, when I was fortunate enough to be a chorister of the St Albans Abbey Girls’ Choir – at that point one of only a small number of girls’ cathedral choirs in the country. I then studied a music degree at Cambridge and was a choral scholar at Trinity College. I’ve always had a keen interest in music of the Baroque, in part due to the fact that my father is a harpsichordist, so Handel and Bach have been staples in our house since I was small! As I began to take my singing seriously I found that I had a real affinity with the music of this period and it has remained one of my musical passions since.

What prompted you to enter the Handel Singing Competition this year?

Since leaving university in 2014 I have developed a busy solo schedule, working with many period instrument ensembles in the UK and abroad. I spend a lot of my professional life singing oratorio on the concert platform, which I thoroughly enjoy. I’ve had my eye on the competition for a little while and this year seemed like the perfect time for me to be able to throw myself further into the music of a composer I really love and present my singing at this level.

How was the experience for you? What were the particular highlights?

I really enjoyed the whole competition experience – but particularly the final. It was a real treat to work with Laurence Cummings and the London Handel Orchestra and feel the support of such an experienced team of players. The whole final felt like a very celebratory event, as each finalist was able to present completely their own programme and just sing the music they loved, for a really warm and welcoming audience. I was particularly excited about my final programme as two of the pieces I had chosen to sing were ones that I adored but have never had an opportunity to perform live in concert, so it was really rewarding to get to deliver them for the first time.

How does it feel to win this competition?

I am so pleased to have won – I was definitely on cloud nine for quite some while after the results were announced! I am really honoured to have won the competition amongst such an amazing group of finalists and am excited to return to the festival next year.

How did you choose your repertoire for the competition?

When I was compiling my application I started by writing a list of all the Handel arias I had sung and a few extra things that I wanted to sing or I vaguely knew and took it from there. It ended up as rather a long list (!) but it gave me a great way of dividing my favourite arias to fit the requirements of each stage of the competition. I was keen throughout the competition to represent arias from operas and oratorios, and to include a trouser role or two, to give a real sense of the breadth of Handel’s writing for alto and most importantly to create good varied programmes that I enjoyed singing.

Competitions are a real asset to young singers, and act as a wonderful seal of approval as we continue to apply for the next project, course or audition. It is wonderful to be able to have the recognition of such a well-known festival and competition, to recommend me further as a performer in the competitive world of singing. It’s also a lovely way to meet people within the profession – both players in the orchestra and other singers within the competition. I also find it rewarding to have something like a competition to work towards as a way of focusing and directing my singing lessons and development, in a way that is quite different from preparing for a concert or production.

What makes Handel special for singers?

He wrote so much music, so there’s a huge amount of repertoire to get to know and choose from. The emotion and character are always right at the forefront of his music so it’s very rewarding to bring to life. Of course, the flashy arias with lots of coloratura and fast tempi are also incredibly fun and liberating to sing – but it’s also the way he is able to convey the sincerest of emotions or events with a seemingly simple (but brilliant) melody.

What are your future plans (Handel and other)?

I am currently a Rising Star for the Orchestra of the Age of Enlightenment, so I have a number of concerts coming up with them over the next few months, including appearances at the Rheingau and Cheltenham festivals over the summer and my debut at the Queen Elizabeth Hall in July. I am joining the Tilford Bach Society for the first time for two performances of Bach’s B minor Mass in June and am excited to be returning to work with Auckland Philharmonia Orchestra in New Zealand to sing Bach’s St Matthew Passion in September.

What kind of Handel roles would you like to sing in the future?

I would definitely like to sing Ariodante at some point; it’s a wonderful piece and would give me the chance to sing one of my favourite arias, ‘Scherza infida’. Cesare would be another awesome trouser role that I would love to do. I have the benefit of being rather tall, so I hope that would stand me in good stead for a few heroic roles! I finished my programme at the final with one of Cesare’s arias, which had fallen into the category of an aria I have always wanted to sing but not had the chance, so it would be nice to get to know the whole role.

Finally, what kind of advice would you give to other singers thinking of entering the competition?

My advice would be to go for it! I had such a positive experience throughout the whole competition and felt that the festival were really on the side of the singers and keen to help them give their best at all times. It was really rewarding to have a reason to immerse myself in Handel’s music to such an extent and get to know more about the festival in the process. I look forward to coming along to watch the competition in the future and enjoying the wonderful programmes on offer from future finalists!