The London Handel Festival today announces that Gregory Batsleer is to be its new Festival Director, with immediate effect. Gregory replaces Samir Savant, who stepped down at the end of July 2021 after five years in the role. As Festival Director, Gregory will be responsible for leading the programming, growth and development of the Festival, fulfilling its mission to bring Handel’s music to the widest possible audiences.

Gregory has been working at the very highest levels of the classical music industry for over a decade and has built a strong reputation as both an innovative leader and an acclaimed conductor.

From 2012 to 2017, Gregory was Artistic Director of the National Portrait Gallery’s Choir in Residence programme, the first ever in-house music programme of any gallery or museum in the world. He has curated and devised performances for the Southbank Centre, Wilderness Festival and Latitude and collaborated with leading cultural figures across art forms. In 2017, Gregory co-founded Future Stages, a charity dedicated to providing pathways into the performing arts for young people from disadvantaged backgrounds, and he is also co-founder and Artistic Director of Festival Voices, a versatile ensemble dedicated to cross-art collaboration. As a non-executive director, Gregory is on the boards of the Piece Hall in Halifax and Manchester Camerata.

As a performer, Gregory has conducted leading ensembles throughout the UK including his work as Chorus Director of the Scottish Chamber Orchestra and Principal Conductor of the Huddersfield Choral Society. 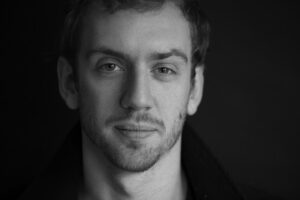 Gregory says:
“I am thrilled to have been appointed the new Festival Director of the London Handel Festival. Handel’s music has an extraordinary ability to inspire and speak to 21st-century London. As we emerge from a cultural hibernation, I’m incredibly excited for what we can achieve. This will be a new and innovative chapter for the Festival in which we aim to be the go-to destination for the performance of Handel’s music, and in turn contribute to London’s reputation for boundary-pushing creativity.”

Richard Hopkin, Chair of the London Handel Festival, said:
“On behalf of the Board, I am delighted we have chosen Greg to lead us forward to the next stage in the Festival’s growth and development. From a very strong field of candidates, Greg impressed us most with his vision, passion and enthusiasm for the role. We are convinced that Greg is the right person to help us deliver Handel’s universal appeal both to our existing and new 21st-century audiences.”

Laurence Cummings, Artistic Director, said:
“I’m greatly looking forward to collaborating and working with Greg over the coming years. Greg brings new energy and vision to sharing Handel’s music in new and imaginative ways, whilst maintaining our joint desire and commitment to put on the best possible performances of his amazingly diverse and wide- ranging works.”