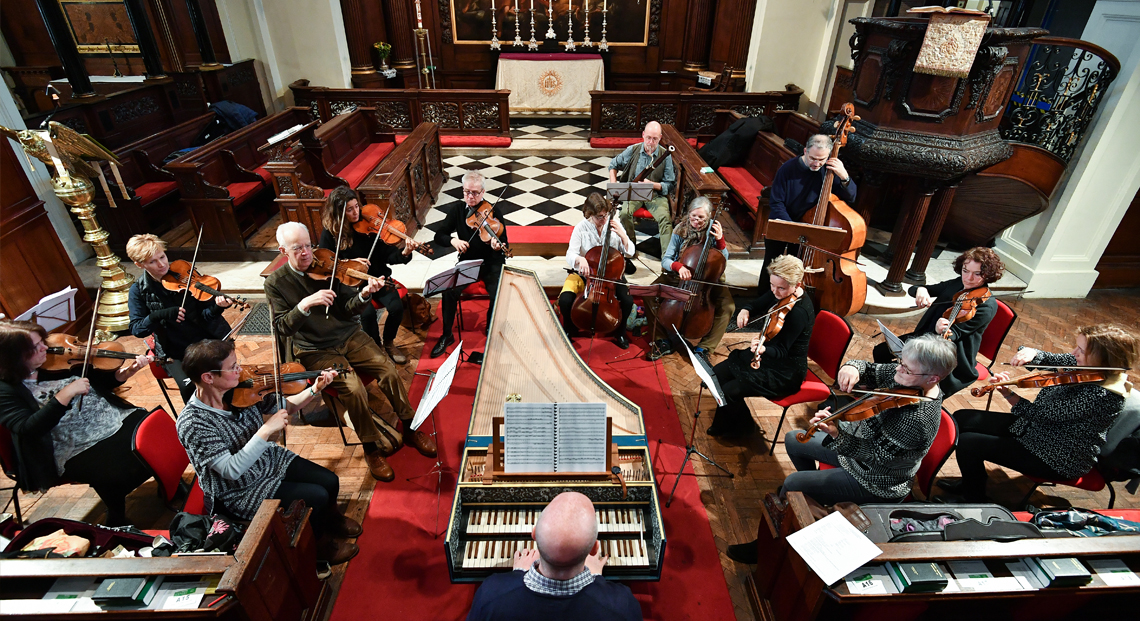 The London Handel Orchestra, which is made up of some of the UK’s finest professional baroque players, led by Adrian Butterfield, has an excellent reputation for historically informed performance. The Orchestra performs throughout the London Handel Festival at venues including Handel’s own church, St George’s, Hanover Square, St John’s Smith Square and Wigmore Hall. The Orchestra accompanies the finalists of the Handel Singing Competition in a live performance every year.

The Orchestra also gives concerts at venues both in the UK and Europe outside the Festival period and has performed in Gloucester Cathedral during the Three Choirs Festival, the Chelsea Festival, the Windsor Festival, the Oslo International Church Music Festival, with the Royal Choral Society and for the opening of the Queen’s Jubilee in St George’s Chapel, Windsor.

The London Handel Orchestra makes its Royal Opera House debut in the 2018/19 Season as the orchestra for Handel’s Berenice in the Linbury Theatre.

Recordings include Handel’s Aminta e Fillide and The Triumph of Time and Truth (Hyperion) and the premiere recording of Handel’s opera Silla (Somm). The first recording of the 1732 version of the oratorio Esther, directed by Laurence Cummings, appeared in 2007 and was Editor’s Choice in Gramophone magazine, and a live recording of Joshua was released in 2009.  In 2018, a recording of ‘Chandos’ Anthem No. 8 and the ‘Chandos’ Te Deum was released on the Onyx label, directed by Adrian Butterfield, with solo voices as Handel originally intended and recorded at St Lawrence, Little Stanmore, the space for which Handel originally wrote the music.

In 1999 the principals of the Orchestra formed the London Handel Players to explore the great wealth of chamber music repertoire composed by Handel and his contemporaries.  They performed at the Celebration Concert for the opening of Handel House Museum and at Southside House for the Jubilee String of Pearls celebratory events and recently announced a residency at the Charterhouse in London.