St George’s Bristol today announced Samir Savant as its new Chief Executive, following the 15-year tenure of Suzanne Rolt.  Samir has been Festival Director of the London Handel Festival since 2016 and will take up his new role at St. George’s Bristol on 1 September 2021. 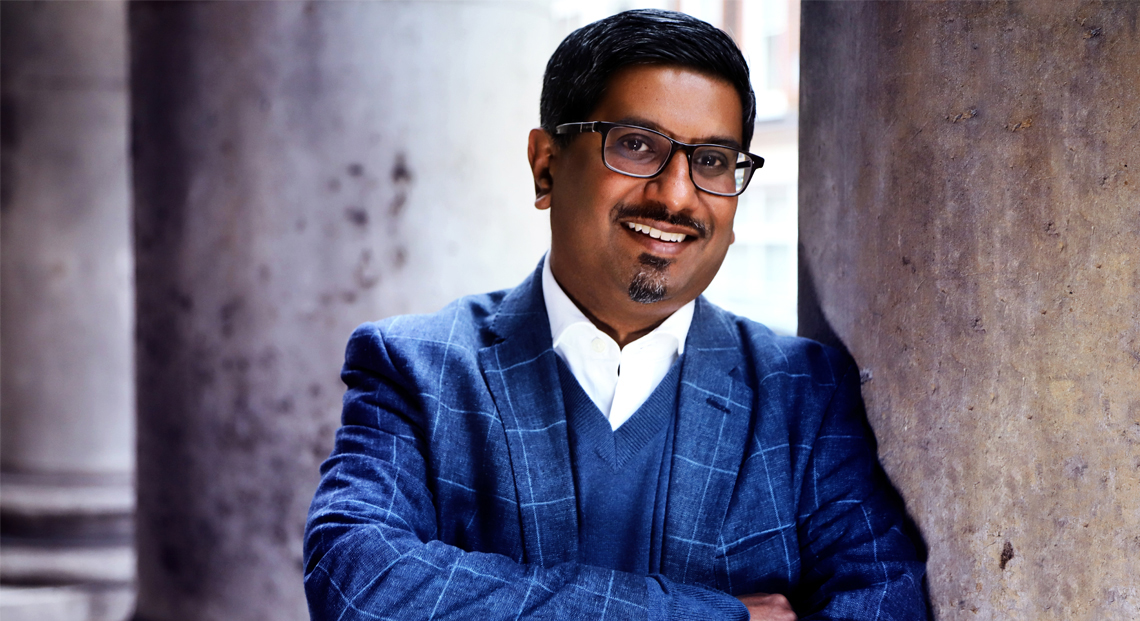 During his 5-year tenure as Festival Director, Samir broadened the reach of the London Handel Festival and Handel Singing Competition through innovative programming and partnerships. His commitment to reaching new audiences saw the Festival present performances in Peckham’s Bussey Building with Festival Voices, as well as initiating a successful partnership with the Royal Opera House across multiple seasons. Samir led the Festival’s creative response to the COVID-19 pandemic, presenting two performances of Messiah Reimagined, a ‘blended’ digital and live version of Handel’s masterpiece involving 500 singers from five continents, and attracting a global digital audience of more than 300,000.

The Chair and Board of the London Handel Festival has confirmed that Samir will step down as Festival Director on 30 July 2021.  The London Handel Festival are now beginning the search for a new Festival Director to join the organisation at an exciting time in its development who can build on Samir’s work and continue to grow the Festival as an artistically vibrant, successful and internationally recognised charity.

‘Samir has a deep love of music, is a musician himself and won us over with his energy, ideas and vision for St George’s.  You might think he’s a baroque specialist, coming from the London Handel Festival, but dig a little deeper and he’s brimming with ideas and insights from his wide love of music and the performing arts.  He’s also got a very strong set of skills from his roles at the English National Opera, Royal Academy, Shakespeare’s Globe, Royal College of Music and most recently the London Handel Festival. I’m hoping Bristol is going to give him a warm welcome, following his very good decision to join us all in the west country.’

‘I am thrilled to accept this prestigious position and to build on the excellent work done by Suzanne and the team over the past fifteen years.  I will miss the London Handel Festival of course, but I am proud of everything I have achieved over the past five years, culminating in our award-winning ‘Messiah Reimagined’ project.

St George’s already has a wonderful reputation for classical music, and I am particularly drawn to its eclectic programme which is expanding in many interesting directions, a rich calendar of events with everything from Qawwali to Armistead Maupin. I look forward to getting to know the audiences and artists, supporters and stakeholders.  I am keen for St George’s to be considered the natural home for a broad range of creative communities, from local to international.’

‘We are sorry to see Samir go, but thank him for everything he has done over the past five years. The Festival has been transformed under his leadership, with broader audiences and an impressive range of artistic partners, international critical acclaim, a revitalised Handel Singing Competition and enviable fundraising success.

We wish him well in his new role at St George’s, Bristol.  While we are recruiting a new Festival Director to take us forward and develop the Festival further, it is business as usual as we plan to emerge from the pandemic.’