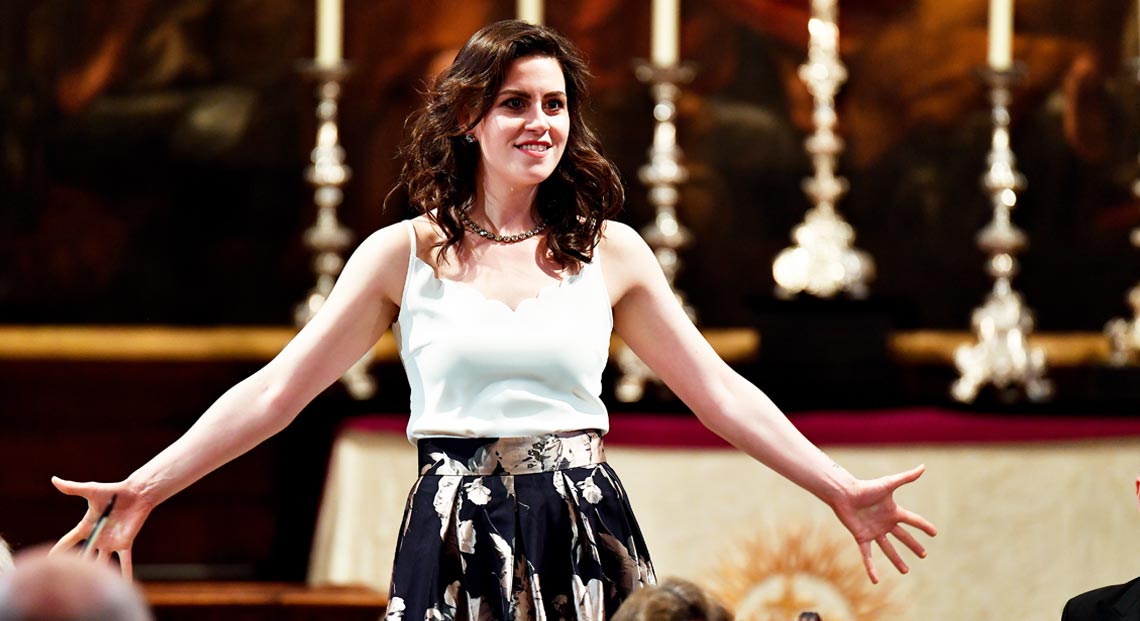 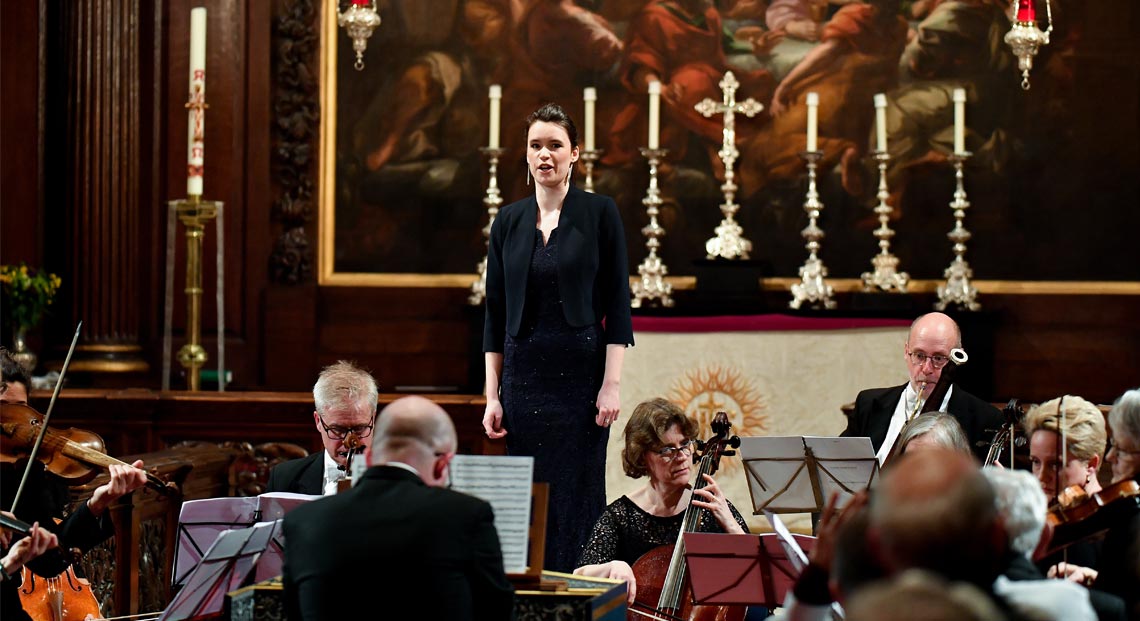 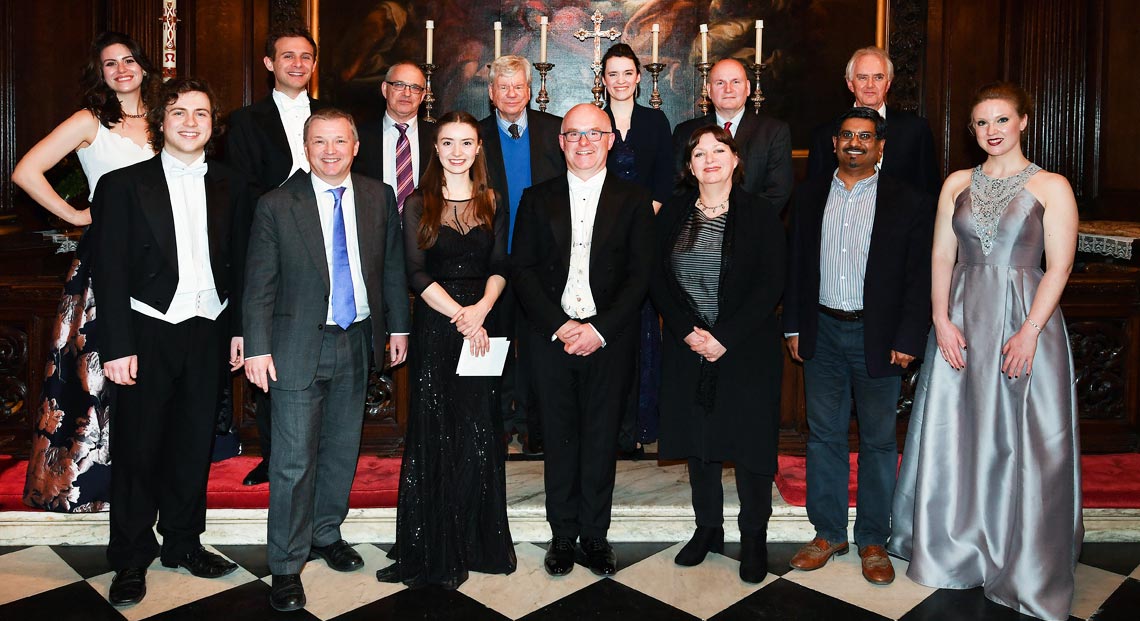 The finalists in the 2018 Handel Singing Competition can be found below. Each of them is invited back to give a recital in the next year’s London Handel Festival. Please click on each name for more information about each singer. Please note that the London Handel Festival is not responsible for the content of external websites.

Hailed ‘a rather special mezzo’ (Music Web International), Helen Charlston started singing as chorister and head chorister of the St Albans Abbey Girls’ Choir. She then studied music at Trinity College, Cambridge where she held a choral scholarship for four years. She was a scholar on the Pembroke College Lieder Scheme led by Joseph Middleton, and is a Rising Star of the Orchestra of the Age of Enlightenment.

British/Australian soprano Lauren Lodge-Campbell studied at the Guildhall School of Music and Drama with Janice Chapman and Yvonne Kenny, and at the Queensland Conservatorium in Australia with Margaret Schindler. In 2019 she will join Le Jardin des Voix, the young artist programme of William Christie’s Les Arts Florissants.

Born in London, Ed Ballard read History at Cambridge University before training at the Royal Academy of Music and with the Royal Academy Opera. Ed made his professional stage debut with Glyndebourne Festival Opera creating the title role in the world premiere of Luke Styles’ Macbeth for the Jerwood Scheme in conjunction with the Linbury Studio at the Royal Opera House, Covent Garden.

Subsequent roles include the title role in the baritone version of Massenet’s Werther (English Touring Opera), Pandolfe in Massenet’s Cendrillon (Theater Freiburg) and cover Nick Shadow in Stravinsky’s The Rake’s Progress (Festival d’Aix-en-Provence). Other appearances include Tarquinius in Britten’s The Rape of Lucretia (Royal Academy Opera), Demetrius in Britten’s A Midsummer Night’s Dream (Edinburgh Fringe), as a soloist in the acclaimed Kohn Foundation/Royal Academy of Music Bach Cantata series and in recital at Wigmore Hall with the Academy Song Circle.

Tenor Daniel Mullaney grew up and trained in Perth, Australia, where he attended the West Australian Academy of Performing Arts, studying under Patricia Price. In 2013, at the age of 21, Daniel became a full-time member of the chorus of English National Opera, the youngest chorister

ever employed by the company. At ENO Daniel covered several roles, including Francesco in Berlioz’s Benvenuto Cellini and Frederic in Gilbert and Sullivan’s The Pirates of Penzance. Daniel made his ENO debut in 2014 as the Postman in Puccini’s La fanciulla del West.

He began studying under David Pollard in the Opera School at the Guildhall School of Music & Drama in September 2016. Recent performances include the role of Medoro in Haydn’s Orlando Paladino (Universität Mozarteum, Salzburg) and Magician in Menotti’s The Consul and Chevalier de la Force in Poulenc’s Dialogues des Carmelites (GSMD).

Emma Stannard recently completed her studies with Royal Academy Opera, studying with Yvonne Howard and Joseph Middleton. She has performed the roles of Ruggiero in Handel’s Alcina, Hanna in Rimsky-Korsakov’s May Night, Poppea in Monteverdi’s L’incoronazione di Poppea and Junon in Offenbach’s Orphée aux enfers for RAO, as well as Selene in Handel’s Berenice (London Handel Festival) and Minerva in Monteverdi’s Il ritorno d’UIisse in patria (The Grange Festival).

She joined the Jette Parker Young Artists Programme at the Royal Opera House in September 2017, where she has sung Azema in Rossini’s Semiramide and Frasquita in Bizet’s Carmen, and will cover Nannetta in Verdi’s Falstaff. She also made her debut recently at Bayerische Staatsoper as Azema in Semiramide. She is represented worldwide by Stefania Almansi at IMG.