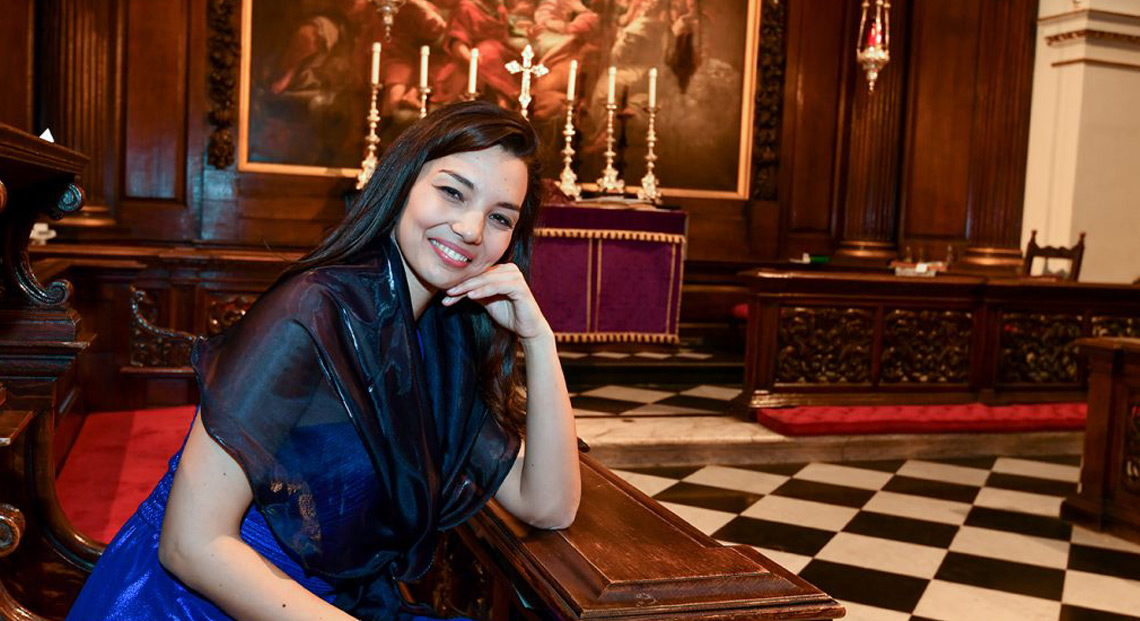 After the very high standard of the Semi-Final on Friday 6 March, we are pleased to announce the five singers who will be singing in the Final.  Many congratulations, and we look forward to hearing you sing with the London Handel Orchestra, directed by Laurence Cummings.  The Final has not gone ahead as planned because of the Coronavirus pandemic.  We will reschedule for later in the year once we have received further guidance from the relevant authorities.

Congratulations to the following singers who have made it through to the Semi-Final!

Further details about the Competition can be found below, and by clicking 2020 HSC_NOTES FOR SINGERS.

The Handel Singing Competition was inaugurated in 2002 and has grown to become a major international singing event, attracting some 150 applicants from all over the world in recent years. Ian Partridge and James Bowman were the first adjudicators, and past finalists include Iestyn Davies, Ruby Hughes, Lucy Crowe, Tim Mead, Sophie Junker, Anna Starushkevych and Grace Davidson.

The 2020 Competition will comprise a preliminary round of reviewing files sent digitally, and then the first “live” round at Craxton Studios.  Then follows the Semi-Final with approximately 12-15 singers accompanied by harpsichord, and then the Final with 5 or 6 singers who are accompanied by the London Handel Orchestra, conducted by Laurence Cummings.  Both the Semi-Final and Final will be held at St George’s, Hanover Square (Handel’s own church) and are open to the general public as part of the annual London Handel Festival.  These events are well attended, including by many agents and promoters.  All competitors are required to submit all-Handel programmes at each stage.  Further details about repertoire will be available at the time of application.

All Finalists in the Handel Singing Competition are guaranteed recitals in the 2021 London Handel Festival, and many past finalists are also asked to perform solos in other prestigious concerts during the Festival, and in other concerts and recitals both in the UK and abroad.  For example, the 2019 London Handel Festival featured no fewer than 20 past Finalists and there are also recent Finalists performing at the Handel Festivals both in Goettingen and Halle.  The winner of this year’s competition has also been invited to perform the solos in Messiah with the Huddersfield Choral Society, under the direction of Jane Glover, and also a prestigious recital with the City Music Society.