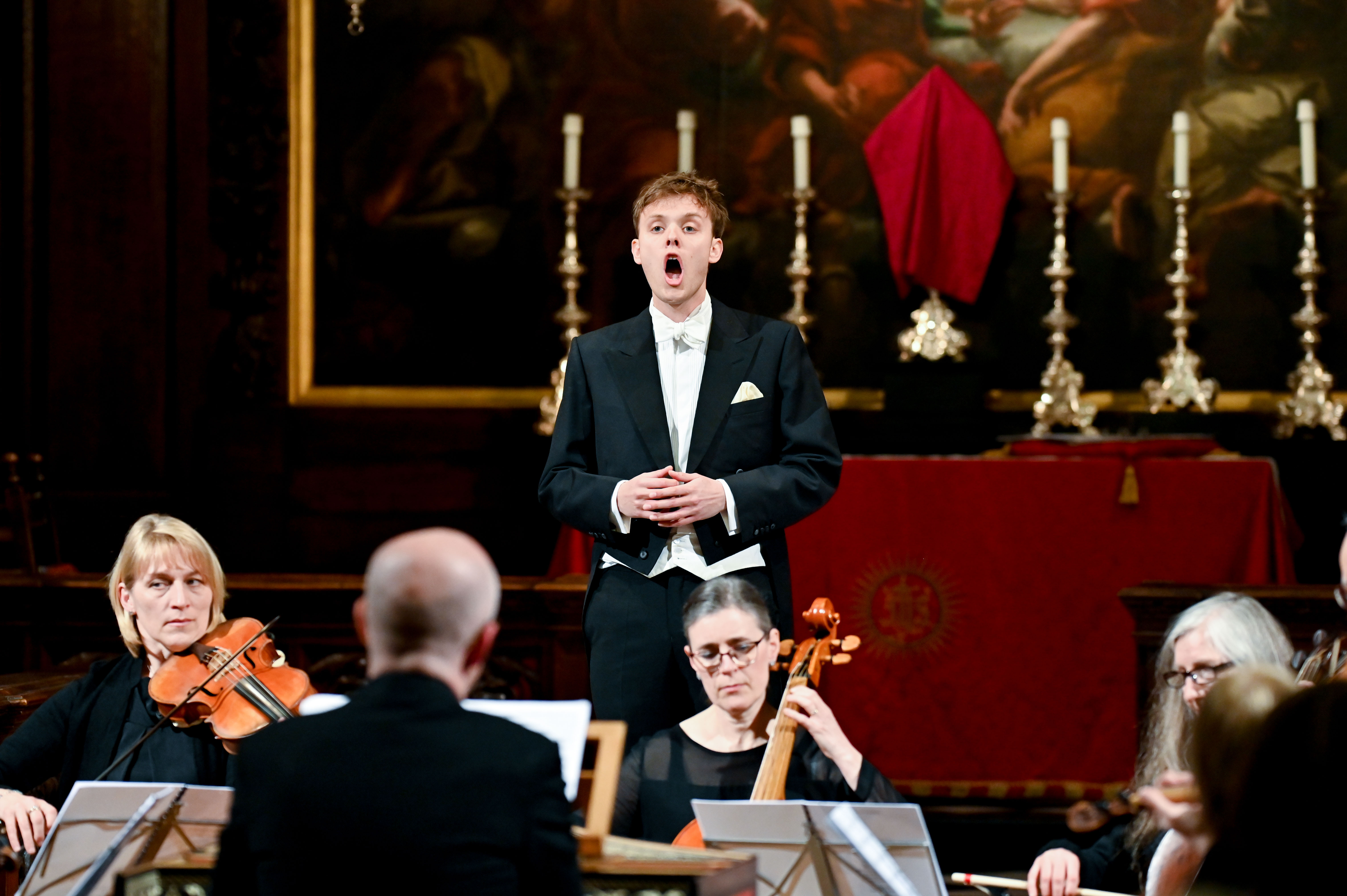 The International Handel Singing Competition is open to all singers aged between 23 – 34 on 1 February 2023 and is a showcase for historically informed performances of Handel’s music. Please visit this page to download the application form and to apply.

We’ve listened to your feedback over the past few years and for 2023, are pleased to announce a streamlined application process as well as guaranteeing feedback for your application as well as new panel of judges for each round.

The competition was inaugurated in 2002 with Ian Partridge and James Bowman as the first adjudicators, and has grown to become a major international singing event, attracting 190 applicants from 32 countries all over the world in 2020.

The calibre of the competition is demonstrated by past winners and finalists who have gone on to become internationally recognised soloists, not just in the baroque music field, and give regular appearances in the world’s leading opera houses. They include Iestyn Davies, Lucy Crowe, Grace Davidson, Tim Mead, Christopher Ainslie, Rupert Charlesworth and Ruby Hughes.

The Competition comprises a preliminary round of reviewing files sent digitally, and then the first “live” round at Craxton Studios in north London which, in 2023, will take place on Wednesday 8 and Thursday 9 February.

Then follows the Semi-Final (22 February 2023) with between 10-12 singers accompanied by harpsichord, and then the Final (16 March 2023) with 4-6 singers who are accompanied by the London Handel Orchestra, conducted by Laurence Cummings. Both the Semi-Final and Final will be held at St George’s, Hanover Square in Mayfair, central London (Handel’s own church) and are open to the general public as part of the annual London Handel Festival. These events are well attended, including by many agents and promoters.  All competitors are required to submit all-Handel programmes at each stage.  Further details about repertoire will be available at the time of application.

As well as cash prizes and the chance to work with a professional baroque orchestra, one of the key benefits of getting through to the semi-finals and finals is the increased profile, through significant press and promoter interest, which leads to numerous engagements; this has been the vehicle through which they have been able to build their professional careers. All finalists are also offered recitals and roles in future London Handel Festivals; in recent years the winners of the first and second prizes have been invited to give recitals at the Handel Festivals in Goettingen and Halle, Germany and the New Walk Museum in Leicester, and the winner has been invited to perform the solos in Messiah with the Huddersfield Choral Society under the baton of Jane Glover.

For any questions regarding the 2023 International Handel Singing Competition, please email: competition@londonhandelfestival.org.uk