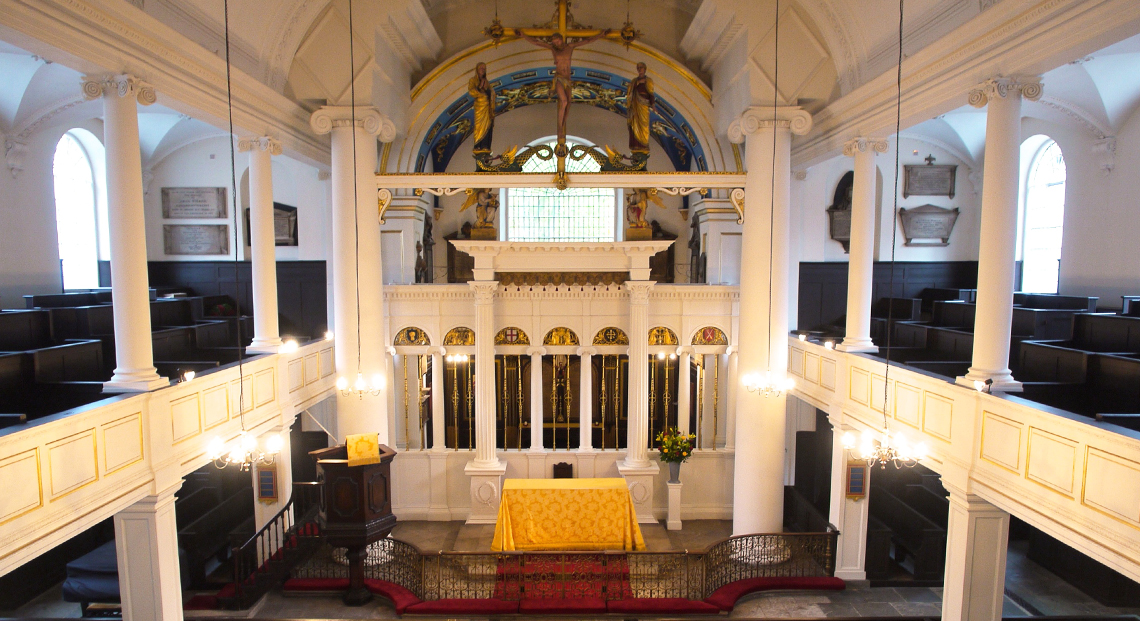 Grosvenor Chapel was built in 1730 on land leased by Sir Richard Grosvenor to Benjamin Timbrell who built the Chapel probably to his own design. It was a proprietary Chapel until 1832 when the lease ran out and the Chapel became a Chapel-of-Ease to the parish church, St George’s, Hanover Square, which it remains to this day. In 1912 the simple Georgian interior was remodelled by Sir Ninian Comper to reflect the Anglo-Catholic tradition of the Chapel. Thus an interior centred around a three-decker pulpit gave way to the new design in which the altar became the centre of the Chapel’s focus and worship.

The Chapel has been the spiritual home to a number of famous people over the years, some of whom are buried in the vaults (John Wilkes, Lady Montagu). Famous worshippers have included the Duke of Wellington, Florence Nightingale, John Betjeman, and Bishop Charles Gore, one of the Church’s greatest figures of the last century. The Chapel is thus an independent congregation within the parish of Mayfair and largely depends on the generosity of its visitors for its financial support. The community which gathers there is a very diverse group of people and its extended family is scattered throughout the world. The Chapel is delighted to welcome many Americans, as it served as the American Forces Chapel under General Eisenhower.

The Chapel stands in the liberal catholic tradition of the Church of England with its emphasis on excellence in worship, with a professional choir, and preaching rooted in theological enquiry and openness. It seeks to be an inclusive church, which welcomes all people and celebrates their lives. Extensive restoration work on the interior was completed in 2012. Attention now turns to the exterior of this holy and beautiful place to preserve it for future generations.

Getting to Grosvenor Chapel