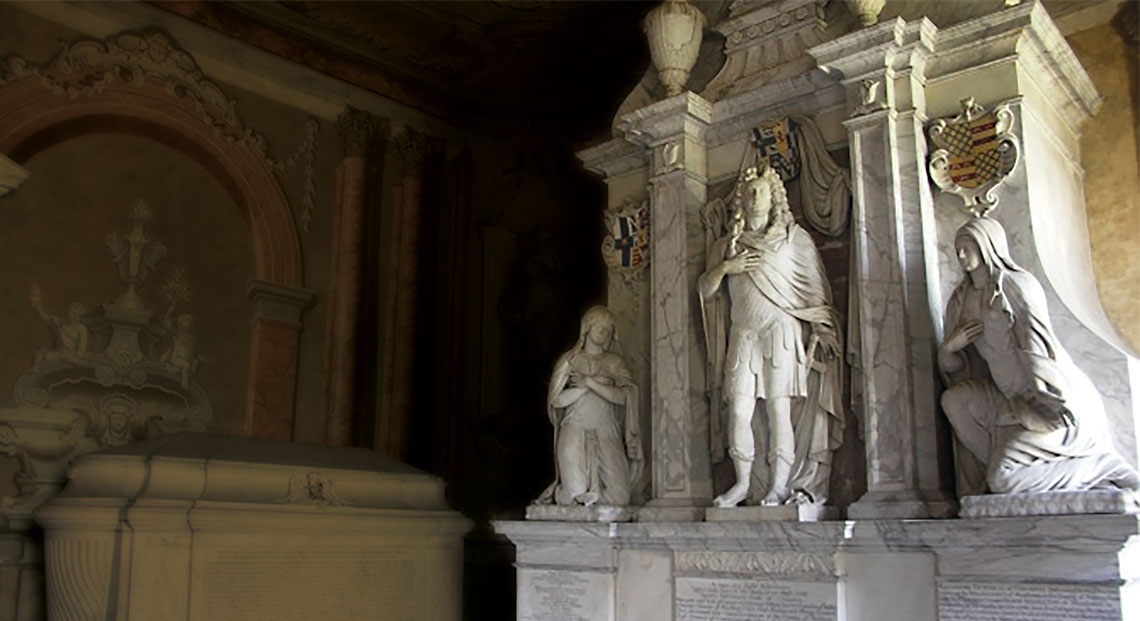 The Church of St Lawrence, Little Stanmore alias Whitchurch, was almost entirely rebuilt in 1715 by James Brydges, first Duke of Chandos, following his purchase of the Cannons estate in Little Stanmore. Only the tower of the medieval church remains. The Church was rededicated at Easter 1716 and a number of events were held in the Church in 2016 to commemorate its tercentenary.

The Duke employed fashionable artists of his day to decorate his great mansion of Cannons, then under construction (demolished in 1750). Those same artists – Antonio Bellucci, Louis Laguerre, Francesco Sleter – created the dramatic interior of the church. Walls and ceiling are covered with paintings of biblical scenes, some brilliantly coloured, others in sepia and grisaille. Trompe l’oeil is used to considerable effect. The splendid woodwork includes an organ case carved by Grinling Gibbons. The Duke was an early patron of George Frideric Handel who would have played on this organ while he was Composer in Residence at Cannons in 1717 and 1718. The instrument was reconstructed in 1994 by the specialist organ builders Goetze and Gwynn of Worksop. Handel’s most notable compositions whilst employed by the Duke are the Chandos Anthems and Te Deum, and what is often regarded as the first English oratorio, Esther.

Getting to St Lawrence, Little Stanmore